Home Prices Spiking at High and Low End; What’s Happening Near You?

A recent report by Street Scout identified the Phoenix Valley neighborhoods with fastest and slowest growing appreciation. Wondering where your neighborhood falls on the list? We’ve organized the Valley’s 10 fastest appreciating and depreciating zip codes in bullet format. 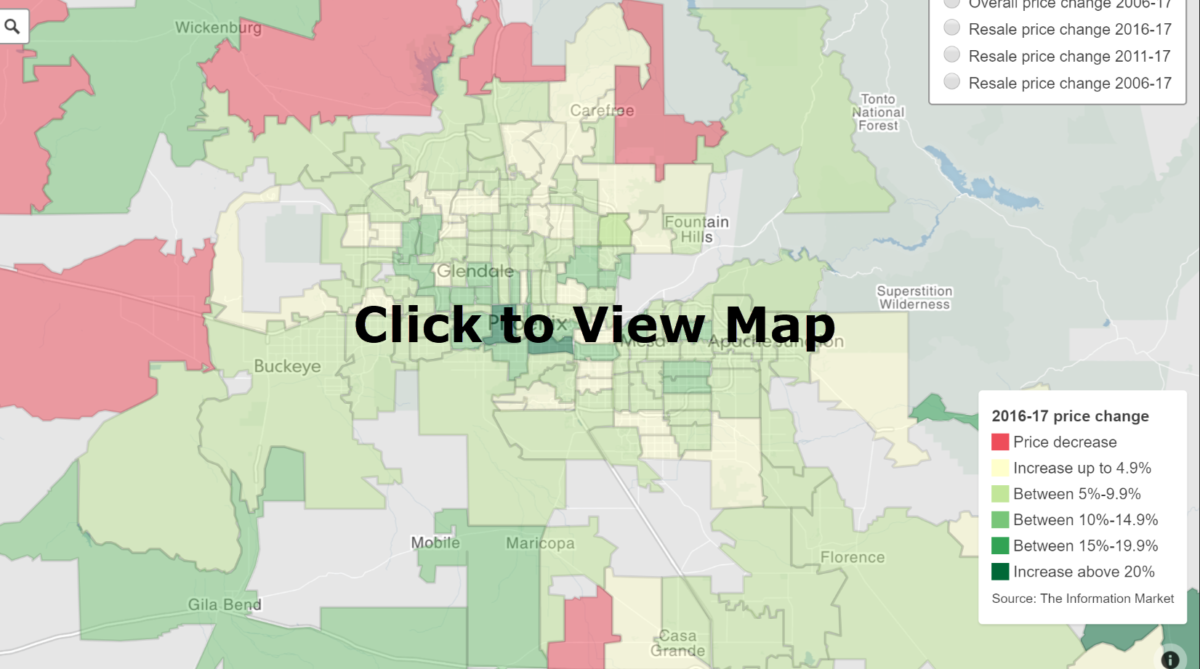 We’ve identified six neighborhoods where prices are increasing at well over ten percent per year.

What do these neighborhoods all have in common? They are near urban core areas such as downtown Phoenix, Scottsdale and Mesa. It’s clear that regardless of the price range they’re in, buyers are looking for neighborhoods that are conveniently located to their work or amenities such as restaurants and shopping.

4 Neighborhoods Where Prices are Declining

Interestingly, not all neighborhoods are seeing prices rise. Driven by millennial homebuyer preferences for short commutes and walkable neighborhoods, some rural and exurban areas of Phoenix Valley are seeing price declines. The takeaway? That old saw about “drive ‘til you qualify” no longer seems to appeal to today’s entry level buyers.

The zipcodes above indicate the outliers in the Phoenix area, but what’s happening to Phoenix prices more typically? According to Cromford Reports, the median sales price for the Greater Phoenix / ARMLS in 2018 so far is $252,985. That’s an increase of 5.1 percent over 2017; approaching the all-time high median price of $257,000 posted in 2006.