A Halloween Horror Story of An Overheated Market: Two Years that Changed the World

In honor of Halloween, a true tale of terror about the Phoenix Valley real estate market crash of 2004 – 2006.

If someone asked you about the two-year period that had the biggest impact on your professional life, what years would you pick? For many of us in the real estate and mortgage industry, those two years would have to be the period between 2004 and 2006.

When people think back on the so-called “real estate bubble” of 2004 through 2006, they often forget that the crazy appreciation was really limited to just a few months between summer of 2004 and the end of 2006. But, what happened in that time ended up changing the mortgage world permanently.

A lot of people have forgotten now, but what preceded the 2004 real estate run up was actually several small recessions. They were caused by over-optimism and over-investment in the technology sector of the economy (the post Y2K crash and the bursting of the dot-com bubble) and the financial shock wave that occurred in the wake of the 9/11 terrorist attacks.

By 2002, everyone from institutional investors to mom-and-pops began looking for safe investments, but they still wanted strong growth. The industry they landed on, in their “flight to safety,” was the real estate industry. Here’s how that played out in Phoenix, according to Cromford Reports.

In 2002, real estate appreciation in the Phoenix area was below 2%, and falling – largely as a result of a small (in hindsight) recession caused by the factors above. By the end of 2002, that had changed, with appreciation rising to 4% by December. Appreciation continued to grow steadily during 2003, reaching 5.6% by the end of the year.

Five percent appreciation is well within the historical averages, and nothing to be concerned about. But, storm clouds were starting to gather. In 2004, the market began to accelerate as money poured into the mortgage industry and lenders eased credit requirements. 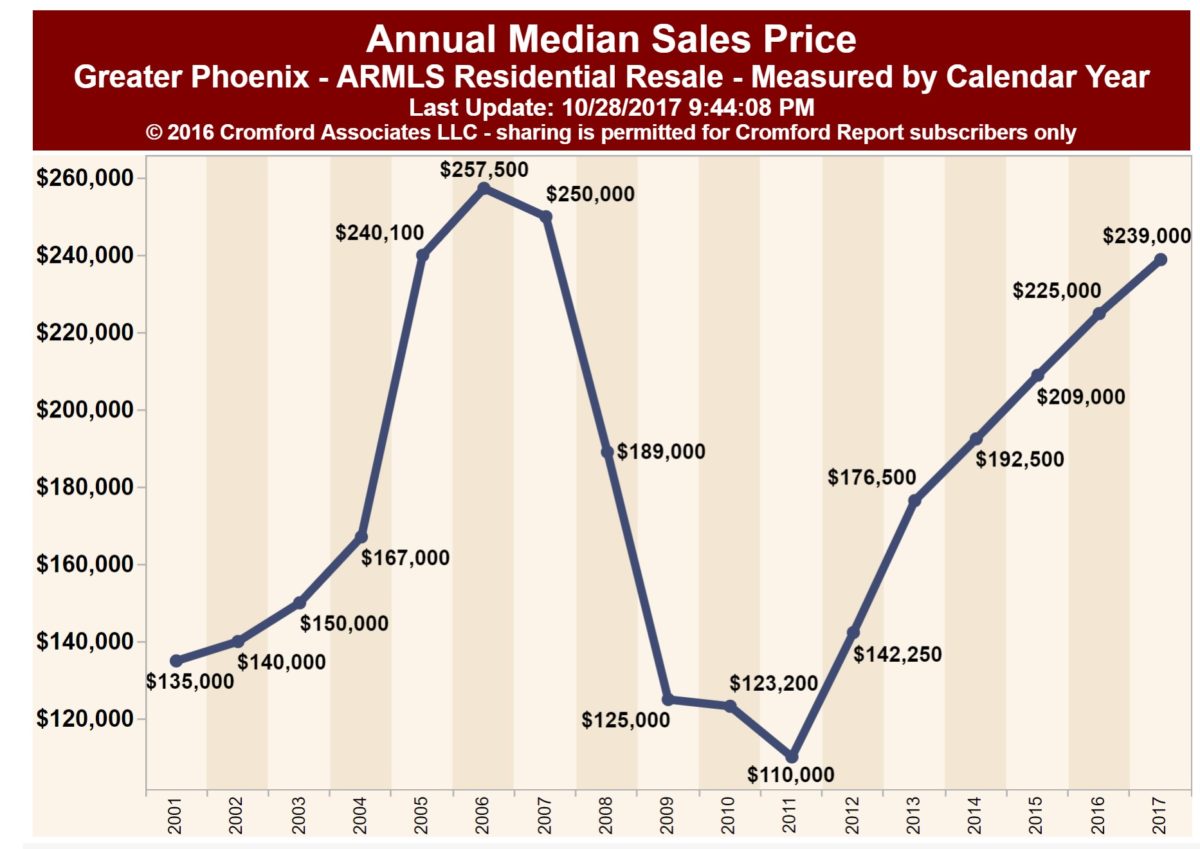 The growing “sub-prime” or “alt-a” loan market meant that even borrowers with poor credit could qualify for loans, albeit at higher rates and with riskier terms. Here are a few of the Mortgage Products that fueled this acceleration:

Lenders weren’t the only ones engaging in risky behavior, either. Many consumers came to believe that real estate appreciation was guaranteed, and borrowed against their home equity to fund businesses and expensive purchases, becoming overextended in the process. It was also the era of real estate “flips” – purchasing investment property and reselling quickly for more money, often without any substantial improvements to the property to justify the higher price. Practices like these fueled strong growth in real estate and the economy between 2004 and 2007 – but it wouldn’t last.