What the Generations Look for in a Home – Phoenix style

Last week, I wrote about a recent NAR study that discussed generational homebuyer trends nationwide. Age-based demographics can help us understand buyers since so much of a buyer’s decision-making has to do with their life stage. How does this play out in Phoenix Valley? Let’s break it down… 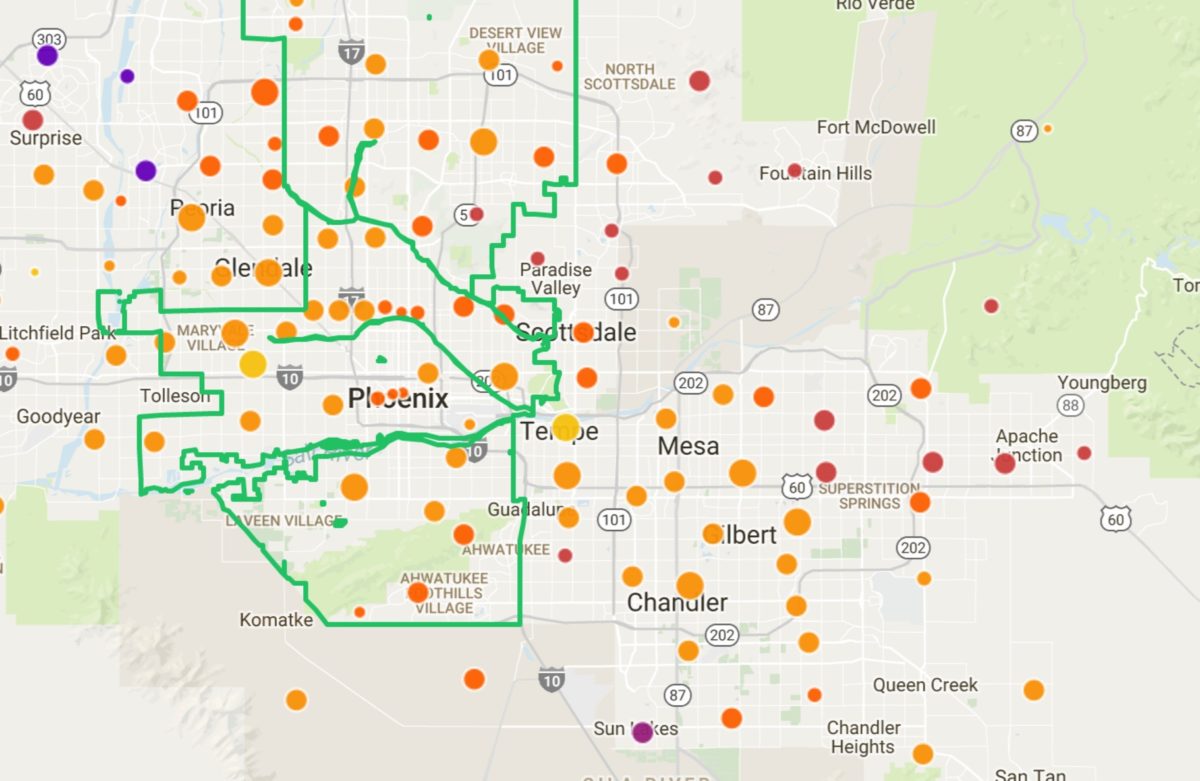 Studies show that earn about 20% less than their parents at similar ages have more debt and less money saved. All of this makes homeownership a challenge for them – yet, NAR still estimates that Millennials will make up the largest portion of homeowners nationwide. Here in Phoenix, that’s not the case: According to Ellie Mae’s Millennial tracker, they represent about 31% of closed loans in the Phoenix area. That’s actually higher than most cities in the West, on par with Seattle and higher than Portland.

What are Millennials looking for in a home?

Millennials tend to buy in more affordable suburbs, and will more commonly be looking at loan types with lower down payments: Millennials currently comprise about 86% of FHA loans in the Phoenix area.

Popular neighborhoods: According to Trulia heat maps data, Mesa, Chandler, and Gilbert are the areas where the age of the average resident is in their late 20s or early 30s. Tempe skews even younger with an average age of 24 due to proximity to ASU.

Gen Xers are in the stage of life where space is a huge consideration. According to NAR, they tend to buy the largest and most expensive homes of any demographic, due in part to the fact they’re in their highest earning years, and partly due to the fact that likely still have children in the home. They’re also the generation most likely to buy a multi-generational home (one with space for grandparents as well as kids).

Popular neighborhoods: According to the Trulia data, Alhambra, Camelback East Village, and Scottsdale are among the areas where the average resident is most likely to be a Gen Xer.

Baby Boomers are approaching retirement at a pace of 10,000 a day and have named Arizona as their 2nd most popular move-to destination, yet many reports indicate that Baby Boomers and retirees aren’t the force in the local real estate market that they once were.

The fact is that Arizona is still a popular retirement destination for this age group, but for affordability and other reasons, they’re often looking outside Phoenix proper for the homes where they’ll spend an active retirement. Activity is an important driver for many baby boomers, who according to a recent study report feeling about a decade younger than their real age.

What is this age group seeking?

Popular Neighborhoods: McCormick Ranch, Fountain Hills, and Paradise Valley are among the areas where the average resident is most likely to be a Baby Boomer, according to Trulia.

I thought these findings were interesting – how well do they reflect your preferences as a buyer, or your business if you’re a real estate agent? What neighborhoods do you or your buyers prefer, and why?