Broken ARMs – Are They Worth It To Lower Payments?

Rates have been lower over the last few weeks, and here in the Phoenix Valley we’ve seen the spring real estate market building on last year’s gains.

But as real estate prices rise, some buyer clients – especially those first timers – inevitably start looking for ways to get a lower rate so they can reduce their payments. In the past, one of the ways they might have considered doing this was the ARM or adjustable rate mortgage.

In the last rising real estate market, ARMS were a hot commodity. But the demand for ARMs pretty much dried up at the end of the last real estate boom. Investors got burned and pulled out of the market, causing rates to increase. But with confidence returning to the mortgage market and prices rising, you might think a resurgence in demand for ARM loans wouldn’t be far behind. 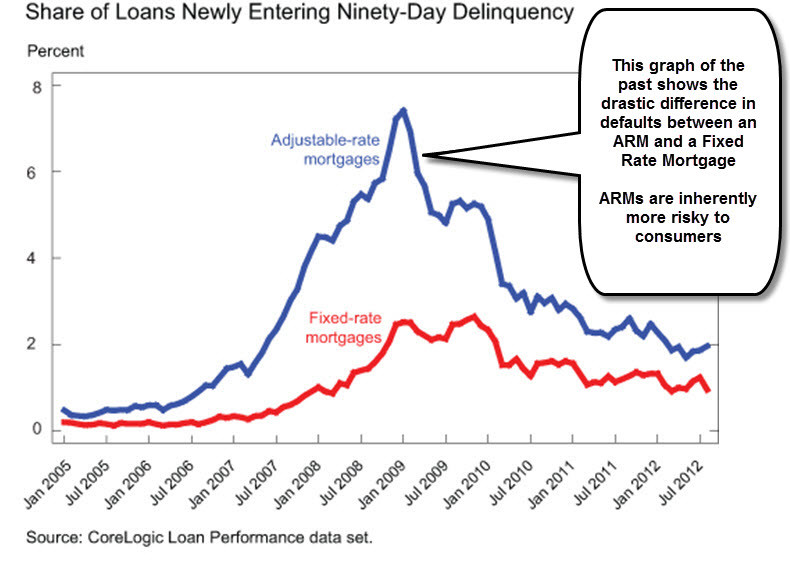 That’s probably not too likely for several reasons. One reason ARMS aren’t likely to make a comeback anytime soon is that there currently isn’t much advantage to getting one. Even though prices are higher, rates for ARMs are not much different than those for fixed rate loans. Where once upon a time an ARM could have spelled the difference between a loan at 4% and one at 5%, today there’s about a 1/2 percent difference between an adjustable and a fixed rate loan. Fixed rate loans are offering such competitive rates, there really isn’t much reason to look at an ARM.

Another reason ARMs aren’t enjoying a resurgence right now is that so many industry professionals have seen first-hand what happens when an ARM is used to “help” a buyer get into more home than they otherwise could afford.

And now, there’s research that proves ARMs can lead to irresponsible buyer behavior. JP Morgan Chase recently published results of a survey that indicates that when ARM payments go down, consumers do not save the difference in anticipation of future rate increases. Instead, they tend to spend up to 15% more on credit cards.

The potential ramifications here are concerning: not only do ARM loan holders not save to prepare for the future, their increased spending leads to future credit payments with interest at an even higher rate than a mortgage. They will also have more outstanding debt, which will make it more difficult when rates adjust upward and they need to refinance.

So, if ARMs are off the table, what can we tell buyers who are looking for ways to lower their rates?

And if you do have past buyers who find themselves in an ARM loan where their rates have adjusted down leaving them with more money every month, remind them that those rates will eventually adjust upwards. When that happens, they’ll be in better financial shape if they’ve been saving than if they’ve been spending. It also might be a great time to look at refinancing into a fixed rate loan.